Where we live slideshow - the urban poor of the world, and it can only get worse

Where we live. I swear I will never complain about living in slippery rock again. In many ways after watching this slideshow, slippery rock is a piece of heaven.
Posted by Dude at 4:08 PM No comments:

Law and Order episode, with chickens

Believe it or not, I swear I already saw this episode!!!
Posted by Dude at 4:05 PM No comments:

I don't understand this video , other than this might be one more reason NOT to vote for Obama. I am still confused about Obama, in 2004 he was an Illinois state senator who spoke at the DNC, in 2006 he ran for US senate, the republican in general election withdrew since his estranged wife was suing him for divorce and revealing that he forced her to participate in kinky sex swapping in NYC.....then Alan Keynes was Republican nominee, even though he really isn't an Illinois resident, Alan was so right wing even Illinois republicans abandoned him, then Alan's daughter's blog was discovered, she is gay, he has disowned her, makes alan look like a fanatic (i mean jesus, she's his daughter, what happened to a father's love?). So Obama won, without really having to campaign. I liked him taking on the Clintons and whipping their asses, but i have no idea what he would do as Pres since he has no record. he has as much experience as Sarah Palin.....
Posted by Dude at 3:53 PM No comments: 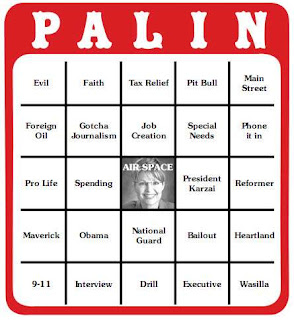 Some are already talking about it. In careful terms. If John McCain loses next week, Sarah Palin “has absolutely earned a right to run in 2012,” says Greg Mueller, who was a senior aide in the presidential campaigns of Pat Buchanan and Steve Forbes.

Jaysus! News sources are listening to aides to Pat Buchanan and Steve Forbes about 2012? Yeah, they were really sucessful with their own candidates...Losers!

Not only that, but one cable station actually has Pat Buchanan as a full time analyst - that's like having Alexander Kerensky as a full time commentator on the Russian revolution (he was PM for a brief time before Lenin took over, he died in 1970 in a small apt in Brooklyn...).

Sarah Palin as a candidate in 2012? That assumes that the McCain race is doomed (probably is). But the point is these damn journalists (some actually have a degree in journalism, but alot do not) who know next to nothing about politics or elections or public opinion, have already decided that McCain is gone, so they are looking for spin, any kind of spin, to report on other than the current Pres race. I can't see Palin as a Pres candidate....as a VP to appeal to the far right wing of the party yes, but a candidate, no.

Don't forget, running for Pres means raising hundreds of millions of dollars. McCain has trouble keeping up with Obama, I am sure that Palin could not raise the money for any kind of viable presidential campaign.

In the meantime, relax by playing Palin Bingo....and there is no truth to the rumor that Palin's next child will be named "Bingo>"

to bad voting really doesn't matter unless you live in certain counties within Ohio. 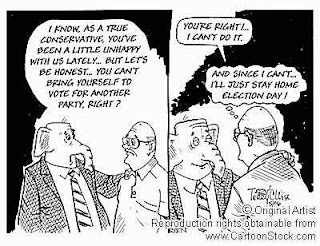 Is this true? One of my former students just told me this (my son). Does your vote really doesn't matter unless you live in certain swing states? Mathematically, yes. In 2004, Bush won the electoral college vote on the basis of 130,000 votes in Ohio, which gave him all the electoral votes from Ohio. So the 3 million votes Bush won over Kerry (who remains a "douchebag" as they say in France....this is from SNL skit....) didnh't matter: the 2004 race was decided by those 130,000 republicans from Ohio.

Will you be allowed to vote? On slippery rock univ campus, students registered to vote but some put down wrong address: their address decides if they live in the borough, or in the township. Part of the campus in on the borough, the rest on the township.
so students may show up at the wrong polling place. Some students put down their dorm address, but also included the univ address as a permanent address - this means they claim to live in the township but live permanently in the borough.....which means the polling judges might tell them "figure out where you live next election, and then we'll let you vote..."

Then it depends if your vote will be counted: don't forget, in pittsburgh, they still use those big metal vote machines that operate with computer cards (the kind of cards they used back in the 50's and 60's). If your chad is hanging, or just dimpled, your vote won't count.

So even if you register to vote, show up on election day, you might be denied the right to vote or have your vote thrown out.

Or, there may not be enough voting machines at your polling place, so you might have to stand in line for hours, in some cases in Ohio in 2004, 3 - 5 hrs. Oddly enough ( ! ) there were too few voting machines in heavily democratic polling places in Ohio in 2004, because the Republican secretary of state ordered too few (oops! My mistake! Sorry we can't hold the election again....)

And then there is the Ohio case: If Pennsylvania goes to McCain, he has a chance of winning. Ohio is a swing state too. As are 1 or 2 counties in Maine: Obama is ahead in Maine,but Maine/'s electoral votes are awarded on the congressional district plan, not winner take all. So McCain can lose Maine, but still win one of their congressional districts, so he would get one electoral vote.

And THIS is why some political scientists go into mathematics and game theory - because votes only count under certain conditions in certain places.

Everyone clear now? So be sure to vote on election day, if you live in Ohio, Pennsylvania, or in one county in Maine!
Posted by Dude at 6:26 AM No comments:

I drove to Duke Univ for the weekend, eldest son Nathaniel had an interview with the MBA program. His friend Zack gave us the grand tour, even got us free food (BBQ and Beans) and football tickets. (Duke lost to Miami). the mileage on the MR2? 1242. I took highway 501 from NC to Lexington VA, and toward lexington 501 goes through the mountains - it was dark, and I threw the transmission down for the curves, the car was amazing, the tires never slipped, no squealing, the car performed like it had velcro on the tires, so that tells me I could have gone much faster. Great weekend, good to see Nathan, fantastic university.
Posted by Dude at 9:52 AM No comments:

Burn After Reading is so funny, I mean, I had to stifle my laughter so as not to miss the dialogue. I cant spoil it for anyone, just be assured that this movie really takes some strange turns ("lots of ins and outs"). The coens are incredible writers - they must feed off each other somehow. My colleague Daniel McIntosh has got to see this - we saw the french satire OSS 117 and that was funny, but Burn After Reading is off the chart. I cant tell you what's funny without ruining it - suffice it to say its great.

(I was so depressed saturday night, esp after Vanderbilt lost to Miss State, and on top of that I saw "Atonement" a second time on HBO, cried once again at the end - what an incredibly sad, heart breaking ending, "come back to me" whispers Keira Knightly, and the older Briony invents an ending which somehow atones for the terrible mistake she made as a child...)

Sooooo, I was definitely in for a funny movie sunday night, and I wasn't disappointed. Go see Burn After Reading and laugh your ass off!!!
Posted by Dude at 7:58 PM No comments:

I like Mos Def, but not more than any other rappers, until I saw him on bill maher, and he told off maher. Bill maher has this thing about Islam and the Koran, calls it a violent religion, appeals to nut cases and so forth. Bill, read the bible some time, skip over the first four books of old testament, because after the first four, the reading gets really violent, I mean, jews killing hittites, not just in battle, but I mean killing everyone, children, burning whole villages, the violence in the bible is numbing. Even the first four books are full of incest, child rape. Any way, here is Mos Def putting maher straight, BTW, Mos def first studied Islam when he was 9, he converted when he was 13, so he knows what he is talking about. He also says, he doesn't believe the planes brought down the towers, or that OJ is guilty, but he does believe in Big Foot. He is funny, but he is making a point. That's Cornell West next to him, Princeton Prof, and Cornell understands what Mos Def is talking about (Cornell is an intellectual, but he still walks the talk...)
Posted by Dude at 7:16 PM No comments:

Clayton Bigsby, white supremacist. classic dave chappelle skit. I like the part where the man's head blows up. Also that Clayton divorced his wife when he found out she was white, because.......dear god I just found another one, this is really offensive, dave chappelle as the spanish pixie convincing a customer to buy leopard seat covers and the jesus air freshener....we are all going to hell for this one
Posted by Dude at 6:22 PM No comments:

Grace is Gone most popular film this semester 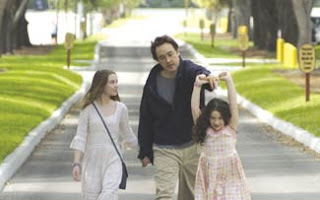 Grace is Gone has been the most popular movie in Political Film so far this semester, more students wrote about that film than any other. Amazing, given that the film was never released other than to a few independent theaters to test the audience. Other than that, it went straight to video, I guess, i haven't seen it in any video stores. great film, I love the ending. beautiful. One student who is in music education learned the theme song on piano and played it for her studio class - now that's a positive sign - she loved the film and the haunting music score (written by clint eastwood - i checked on clint eastwook on IMDB.com and he has written many songs for films. Dont forget he has appeared in musicals, so he does sing and he is very musically gifted). "To live in hearts you leave behind, is not to die, Grace."
Posted by Dude at 8:09 PM No comments: 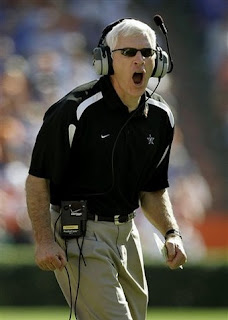 Incredible game, Vanderbilt beats Auburn 14-13 with their backup quarterback. Mackenzie Adams is the backup, but my son nathaniel (a Vandy football letterman) explained to me at the beginning of the season that both Chris Nickson and mackenzie are very good, emphasis on VERY good. Vandy is 5 and 0, and finally has got its program moving. Recruitment should be further helped with this season. Bobby Johnson deserves this, (coach), he has kept up trying to build this program, heart breaking seasons (3 yrs ago, a loss to middle Tenn state from a blocked field goal, then a loss to Florida due to an excessive "celebration' after a touchdown) so he is long overdue for some breaks, like the turnovers they have had, and Auburn's failure to make a point after touchdown last saturday.
Posted by Dude at 8:02 PM No comments: