Here is the ad for the gun Oswald used to kill Pres. Kennedy. Third down on left, Italian carbine.  the Gunsmith for Klein's Sporting Goods was contacted by FBI the next day, ordered to test fire an identical gun in their firing range (the basement).  Gunsmith said the carbine had a delay in firing, making it difficult to hit an aimed moving target.  The delay didn't matter on a stationary target, with no wind.  But a moving target would be hard to hit.  He said it was a crap rifle.  He also said Oswald was "very, very lucky" to have hit two of three shots (and Pres. Kennedy very unlucky).  What he really meant, is Oswald probably couldn't have done it.  Mystery continues.  I have visited the book depository (now a tourist spot) and looked out the window that Oswald was at: there are two yellow X's on the street where the bullets hit.  It is a perfect ambush location.  That Oswald just happened to be at a perfect ambush location and just happened to make two very, very lucky shots is quite a coincidence. 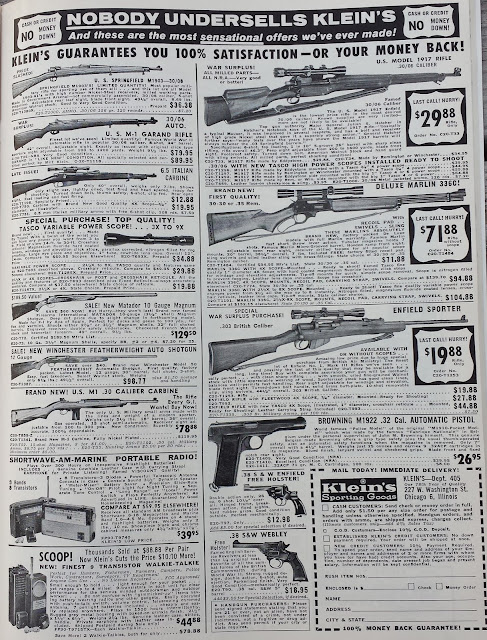 Now that I am required to have Medicare, even with my supplement I have found internet sales to be much more affordable.  But my latest purchase was seized.  Controlled substance means prescription.  I am prescribing myself, after all I completed a graduate level pharmacology and psychopharmacology class.  What we need is regulation of phamaceutical prices in the US.  Our medications cost more than any other country.  If I lived closer to Mexico I'd drive there and buy a supply.  By November I can get on my hospital's group insurance even though I am over 65, and opt out of Medicare at least while I am employed.  My health care costs are doubled since turning 65.  Luckily, I have a half pension and income to live on.  I don't know how a person can survive on just social security, but many retired Americans do that. 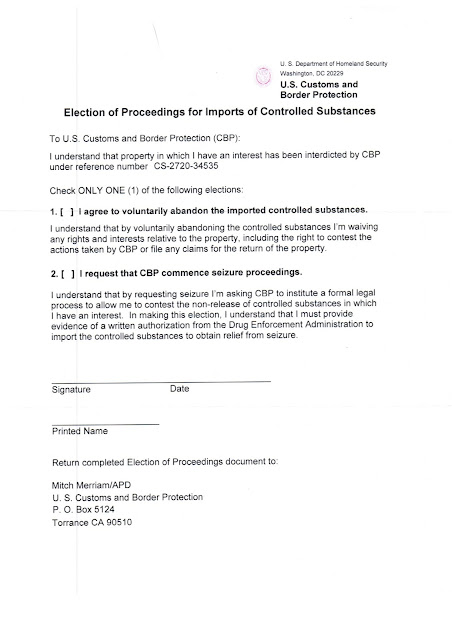