The Human Centipede: so horrible i couldn't wouldn't go see it

My son noah wants me to review The Human Centipede.  this movie is German, about a couple whose car breaks down, you know the plot, they go to a house ask for help and bang!  crazy psycho guy terrorizes them.  Sounds like the Texas Chain Saw Massacre only in Germany, so it has to be every grosser right? I mean this country invented Xylon 3 or whatever it was, gas chambers, oven, death wagons, so it only makes sense they can make a movie WORSE than Texas Chain Saw Massacre.  anyway, the mad psycho cuts up people, cuts their legs off at the knees,  and connects them together mouth to anus to form a human centipede.  truly disgusting.  I absolutely refused to go watch it when it was at the Regent Square theater, i mean, i watched Dead Snow (Danish zombie movie with zombie nazi's) and Let the Right One In (Swedish vampire movie, the best vampire movie ever) and showed them in my political film class (zombies?  12 yr old vampires?  political? sure, why not, the students loved it).  But i refuse to watch this film.  If i showed this in class i am sure there would be complaints.  Of course its political (everything is political) because the centipede is....is....let me think....the proletariat being exploited by cruel capitalists, yeah thats it....its an allegory about the proletarian nightmare, trapped in a capitalist cage, forced to eat one another's feces, crawling on their knees.......forget it.... this movie is just awful.  I think.. it got good reviews in City Paper.  Supposedly its good.  somehow.  if you can stomach it.  i dont think you should buy popcorn or anything to eat if you watch this in a movie theater.......South Park had an episode based on the the human centipede concept, poor Cartman was number two in line, the Indian guy in front of him wanted to eat something spicey, poor Cartman yelled, NO Dont eat that!!!!
Posted by Dude at 9:22 PM No comments:

here is teaser about upcoming movie about the McCain-Palin campaign. its conversial because Ed Harris plays McCain and Julienne Moore (Maude Lebowski) plays Palin.  they both look very identical to their real life characters.  Why a film about them?  some conservatives feel its another liberal ass hollywood movie beating up on conservatives, making fun of them, trying to destroy Sarah's campaign. After all, Tom Hanks produced the movie. however, its a great plot:  because it has a tragic hero.

why doesnt tom hanks make a movie about Obama, making fun of him?  well, because Obama won, and he is not tragic, right?  who want to see a movie about a decent guy, with a beautiful intelligent wife and beautiful daughters, who runs an uphill campaign, avoids attempts to destroy him, and emerges a modest and cool leader of the world?  we like movies with irony, pathos, tragedy.  I mean, is there a happy Shakespeare play?  I guess Midsummer Nights whatever....but my point is that the greatest play he wrote was Romeo and Juliet, and Hamlet.

John McCain tragic hero?  You bet!  here he is, a real kick ass maverick who gets shot down in 'nam, tortured, imprisoned six years (he was punched and knocked down every morning because he refused to bow, count the days, 365 times 6 years, thats a lot of punches) returns home, divorces wife, drinks too much, meets a young rich woman much younger than he is, gets remarried, settles in Arizona, runs to replace Goldwater, Goldwater doesnt like him but McCain emerges as an independent figure in the Senate.  He runs against the republican establishment in 2000, but loses primaries after T boone Pickens finances a negative campaign against him in South Carolina, a phoney push poll campaign where telephone "interviewers" identify McCain supporters and then asks them "Would your opinion of McCain change if you knew he was the father of an out of wedlock black child?"  ...."if you knew his wife was a convicted drug addict and thief?"  Of course, McCain and his wife DO have an out of wedlock black child, they met a baby in Calcutta on one of their travels, and adopted him.  and yes, he is black because Indians from calcutta are very dark.  and yes, Cindy was convicted of drug theft, she had a prescription for back pain, got hooked, was a nurse, started stealing medication - she confessed cooperated had a plea deal that involved treatment and community service, and now she is well, and is a good person.   so he loses to George W. and obviously he would have won a solid victory in 2000 because he would have attracted independent voters and Reagan Democrats, it would not have been a cliffhanger like Bush's election. There would have been no Iraq invasion, Afghanistan
would have been pacified much earlier, thousands of troops would still be alive, Saddam probably would have been overthrown by now (like Mubarek), but instead mcCain had to run again in 2008, saddled with the god awful record he inherited from Bush, and impossible task.  He picks Palin against his own better judgement, and she turns out to be a nightmare opportunist.  And he loses, big time.  and then faces a challenge for re election from the right wing of his own party in Arizona. 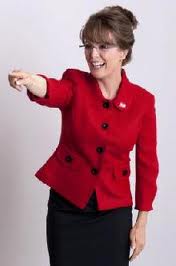 Tragic? you bet.  Much more interesting than the Obama success story.  McCain is one of the best Presidents we never had, like Alexander Hamilton, Adlai Stevenson, Robert Kennedy, so year, tragic story.  cant wait to see it, esp Maude Lebowski as sarah Palin!
Posted by Dude at 8:50 PM 2 comments: 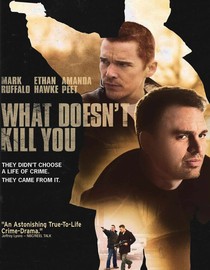 i really like Mark Ruffalo, i am watching ALL his movies on netflix.  He is an actor's actor, as they say.  He loves acting, has appeared in many films, great performances, but his love is local theater in california.  He runs a local theater, appears in his own plays.  That is his love, not hollywood.  He is considered one of Hollywood's greatest actors, but he carefully picks his films and works around his own local theater schedule.  anyway, this is an incredible movie:  ethan Hawke is also in it.  these guys are petty crooks, since childhood, they spend time in the joint.  Ruffalo's character wants to go straight, because he loves his wife and child too much to go to jail again, and if he gets another conviction, they throw away the key.  he is hounded by a parole officer who is convinced he is no good, a loser.  his buddy Hawke wants one more heist, an armored car robbery.  Will he go along?  Will he risk everything for one last big haul? he works at menial jobs, since he has no skills at anything other than mob work.  His bosses treat him like crap, he barely has money for the landlord, lives in a crap rented flat, but, and this is it:  he is with his wife and child.  what choice! living in poverty, being treated like an inferior, a loser, hounded by a parole officer or......one last big job that will set him up forever.  What a movie!  Ruffalo and hawke really play two Boston southie punk ass wanna be mobsters, they are tough, kick ass tough, great acting.  i mean great acting.  Ruffalo is amazing. i cant stop watching him on camera.
Posted by Dude at 8:29 PM No comments:

Keira Knightly stars in this movie about a group of children who are being raised for a peculiar purpose: to be organ donors.  Its the future, and humans now live for well over 100 yrs of age, longer than that, because of organ transplants.  these children are clones of people who are considered outcasts, such as prostitutes, drug addicts, criminals - i guess having a double of people like this would lead to fewer complications.  but something is missing:  these children are cloned so they are not exactly a copy of the original person - something is missing from their brains, i guess you could say, a soul, feelings, love.  the rumor is, if two of them fall in love, real love, they can get a reprieve from being a donor.  at a mature age (18 i guess) their bodies are "farmed" until they die. Three operations is about it, four max before their own bodies no longer function, nothing left to take out.  But if they fall in love, they may get a few more years.  It gets more complicated - there are questions about what it means to be human, what it means to have a soul, and who is truly human.  are the humans who created these clones superior? or are they the real mutants?  Who really has a soul?  This is a fascinating movie, very philosophical, but i warn you, very very sad, heartbreaking.
Posted by Dude at 8:20 PM 2 comments:

Chinese movie leads to Director's ban: Devils on the Doorstep

Wen Jiang is a controversial filmmaker from China.  he directed "The missing Gun" which is a good whodoneit about a police officer in a small municipality in central china who gets drunk at a wedding, and loses his gun.  Of course, guns are very controlled in china, and losing a gun means someone bad has it.  murders start, and the police officer must find his gun before more are killed, and he is fired and disgraced (or worse).  it has a good ending, very cool movie.  there arent many movies from central or interior china, so its a good portrait of life in a small city in china.  anyway, i read that his works have been banned, denied work, all because of of his film "Devils on the Door Step."  I was curious, what could he have filmed that was so wrong to the government?  well, the film is really good, very complicated, about morality i guess.  a peasant is visited by the resistance during the japanese occupation and is given a blindfolded prisoner, he is threatened with death if he doesnt keep the prisoner for later, the captor will return. however, the resistance fighter never returns for the prisoner, and this poor peasant is now stuck with a Japanese prisoner of war.  If discovered, he will be killed, the whole village destroyed by the japanese.  soon the village comes to his aid, and they help keep the prisoner alive.  they bond with one another.  the prisoner explains he will tell his superiors about the kind treatment he has received, so they let him go.  the japanese are grateful, prepare a celebration thank you dinner for the village,  however, its a trap.  the evil japanese general kills the villagers and the former prisoner of war (for letting himself be captured, and for bonding with the inferior chinese). the sole survivor is the peasant who was initially given the prisoner.  he plots his revenge.  after the japanese surrender, he arranges to attack the surrendering army at the headquarters of the allies (american, british).  He slashes his way to revenge (chinese movies are great with slashing swords).  in the end, however, its the allies who kill our hero, for killing the japanese.  get it?  this poor guy is terrorized by the japanese, gets his revenge as any patriotic chinese man should, but then is punished by the americans-british (the colonialists) for his patriotic deeds.  Now the american-british allies are seen as the new occupiers-enemies.  Mao would soon kick them out.  Wen Jiang thought this was a positive film about Chinese morality, and eventual justice.  also about the misery inflicted on chinese by japanese and americans and british (they're all the same, occupiers, colonialist).  But the chinese gov felt the bonding of the village with the japanese prisoner was counter revolutionary or something, so Wen Jiang was banned for awhile.  he is now back making movies, but he is very very careful about the content of his films.
Posted by Dude at 8:11 PM 1 comment: