As Billy Crystal would say, " you look Maaarvelous!"  So ann's shirt is $1000 - how much do you think mitt romney's suit cost?  Or what about john kerry's thousand dollar ties - silk, hand painted by an artist from Provincetown, Mass).  there are Italian suits at Nordstrom for $3000, on the rack.  My british shirts cost couple hundred dollars, same with ties.  Look at the members of congress when they appear on cable, on Fox - look at their suits, their tailored shirts - seriously, a $1000 shirt for a woman is nothing controversial.  Voters need to take a closer look at how our politicians are dressed, the expensive clothes they wear - they are from the 1%, no one complains about Speaker of the House John boehner's clothes (they are mucho expensive, like the fake tan he wears - what is his tanning monthly cost do you think?)  Besides, the falcon on the front is the symbol of the US Air Force academy.

how much do you think Mitt's tailored shirt cost?  Or Obama's suits?  BTW, they look maaaarvelous too!
Posted by Dude at 8:33 AM No comments: 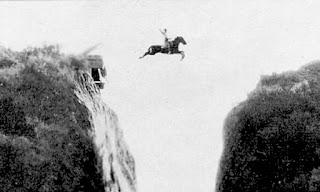 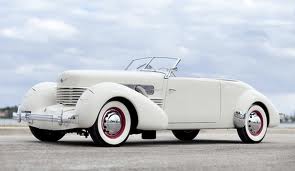 Tom Mix was a real Oklahoma cowboy who ended up in hollywood pictures.  Above is the famous picture of him jumping Beale's Cut.  Supposedly, impossible.  the myth is that he did it, but several stunt men have taken credit, and there is some question if the picture is a composite or fake.  My read:  Mix was a stunt man himself, he jumped it, the picture might be touched up because of the poor focus, but its him and its real.  I dont doubt other stunt men jumped it.  Only Mix would be a "ham" enough to wave while jumping.  The cut isnt all that wide, i mean it is wide, but the horse is proportionate to the actual cut.  so the picture is "real." or as real as pictures were in the 1920's before photoshoot.

below is the type of car, a a1937 cord phaeton, in which he was killed.  supposedly, he was driving 80 miles an hour over a road with the bridge out, he swerved, went over the edge, was killed when his metal suitcase hit the back of his head.  what a way to go.  80 miles an hour in a Cord, at night, over a collapsed bridge.  maybe if he was on his horse he would have made it.

The Tom Mix Museum in Dewey Oklahoma.  I was there once with my sons, a former grad student was city manager there.  Small town, nice museum.  the only thing that ever happened in Dewey, other than some oil wells.  and steers.
Posted by Dude at 4:29 PM No comments:

whatever happened to Malcolm X's message? 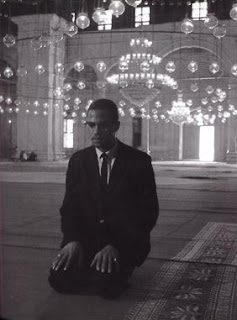 so now i work in nursing, and i see black men coming in to the emergency room, after a crack binge, with track marks on their arms, dehydrated, needing fluid, food, sleep.  prescription drugs.  every week there are drug murders in pittsburgh, in the hill district.  sometimes in daylight - i mean, in the afternoon.  some teenage guy running across vacant lots in the lower hill, guy with gun chasing him, shot repeatedly, dead, murderer arrested, two lives lost.  black on black crime. home invasions.

What happened to malcolm X's message?

Is it possible for a young black man in america to grow up not hearing about malcolm x?  reading his autobiography?  seeing spike lee's movie even?

I had a student in my political film class, black man from the hill, we watched Spike Lee's film, Clockers.  "Another stain on the sidewalk."  black men selling crack to pregnant women, killing each other, ending up dead or in prison.  turns out, my student was dealing weed on campus, got pulled over 2:00 am in his smoke filled car, had 3 lbs of marijuana in the back and a loaded gun under the seat.  It was his last semester of college.  he almost graduated.  he is in in state penn now.  convicted drug dealer, felon.  is life is f'd.  what happened to him?  no hope after graduation?  easier to sell weed?  he wasn't paying attention to clockers movie?

Its not like the message isnt out there.  Black man shows up in ER last week, 1:00am, paramedics brought him and his sister, he passed out after smoking crack, drinking, he was overweight, awful circulation in his extremities. with him was his pregnant younger sister - she was with him while he was smoking crack?  What does this guy do for a living?  Can you have a job and drink booze and smoke crack at 1 am?  He wanted to eat (he couldnt, he was nothing by mouth because doc wanted to do stress test asap in morning), he wanted this, he wanted that, is the ER a freakin' hotel room?

I know, white folk do crack, meth, and of course they can afford cocaine and they have health insurance and  doctors who write prescription pain killers (legal addicts).  and i know, black folk get sent to jail for crack, white folk go to Betty Ford clinic.

But my point is, aren't these black brothers buying into the same slave mentality that brother Malcolm was talking about?  At the end of his life, Malcolm X preached universal acceptance, love, and saw his struggle as part of a global struggle against dominating power, the post colonial powers, what we now call "globilization" --  isn't his message still powerful?  relevant?

I am a 60 yr old white man and i am wondering....WTF?  What happened to his message?