Our Option for President: Slam Poetry with rock backup 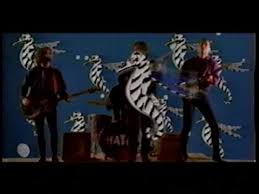 To paraphrase and English philosopher, "life...is solitary, poor, nasty, brutish and short."  To this end, British artists have created Dismalland, an amusement themed seaside park that embraces the world as it it, rather than as it should be.  here is a short video tour.
It features refugee boat people (including the floating dead), a dead Princess in a flipped over pumpkin carriage, and a dystopian castle. But hurry, it's only open for a few weeks then disappears. 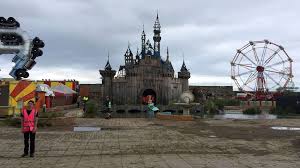 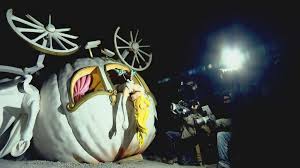 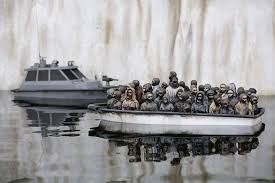 Scene from The Last Picture show, Sam the Lion says goodbye in his own way. 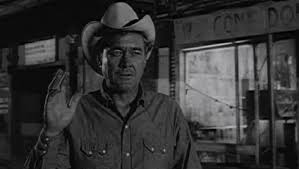 My son Nathan featured in a brochure

for UCLA Anderson School of Business.
Posted by Dude at 5:41 PM No comments: 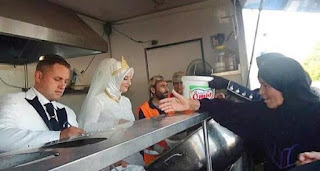 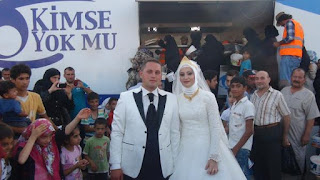 This Turkish couple decided to feed 4,000 refugees from Syria instead of having their banquet.  They even served some of the refugees themselves.  What a great way to start a life together, by being compassionate and generous.  This shows there are some truly enlightened people around the world.  If only.......
Posted by Dude at 5:10 PM No comments:

I have already posted about George W. Bush's artwork.  But what we have now is some additional artwork.  This is not painted by Bush, but painted in the Bush style, as in "what if George Bush painted this?" 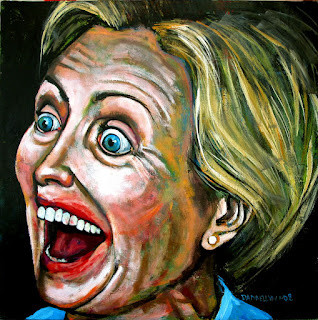 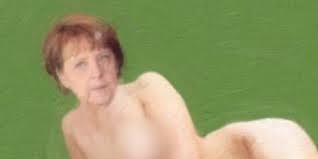 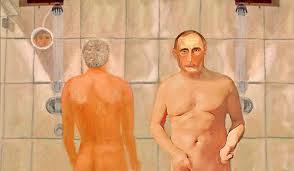 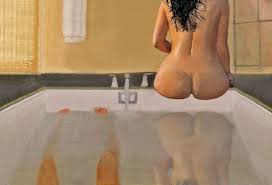 Who is the babe George is taking a bath with?  We see his feet, but whose booty is that?  I also like the one with Vladimir in the shower.  And of course, Angela Merkel nude is something I am sure Bush fantasizes about.  The top one of Hillary is Bush interpretation of how Hillary looks to him.  These should really be part of his artwork gallery.
Posted by Dude at 6:44 PM No comments:

Auschwitz: Inside the Nazi State documentary available on NetFlix 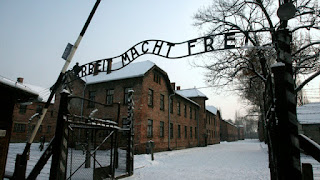 Just finished watching "Auschwitz: Inside the Nazi State" on netflix.  What is fascinating is that Auschwitz came into being in an incremental fashion.  It started out as a Polish army cavalry barracks in 1939 and turned into a concentration camp for Poles and dissident Germans: enemies of the Reich. But from the beginning the camp was run in a brutal fashion including forced starvation (locking someone in a basement cell, in the dark,  and simply forgetting about them).  It expanded due to Russian prisoners.  Industry set up around the camp because of natural resources of the area, then slave labor was needed for the industries.  By 1943 the final solution was in full swing.  So the Auschwitz of 1945 was never a rationally planned facility, but one that emerged piece by piece in an incremental fashion.  But there was an initial insanity that gave rise to Auschwitz, the racism, the brutal ideology of superiority, that some lives were less than human, some people less then human, could be treated like brutish animals.  Auschwitz became as much a factory as the factories set up around it.  As this documentary shows, there were many locations for "Auschwitz" - it was not just one camp but a network of related camps.  The documentary shows the "problems" that camp designers had to deal with: first, how to systematically kill vast numbers of people (turns out, it's not that easy and 2) how to get rid of the bodies.  The methods of killing were not very creative, carbon monoxide and industrial strength gas disinfectant, but how it was organized was textbook operations management.  It also seemed that those who worked there were self selected: they worked there because they wanted to, or because they found a way to make their work profitable or advantageous to them (promotions, theft).   And of course Auschwitz is just a small part of the magnitude of genocide and murder that went on from 1939-1945 in Europe.  There are books published about post war Europe, especially Germany - that showed millions more died after 1945 in ethnic cleansings across Europe.  Maybe Europe is a laboratory that reveals the true nature of human beings: brutal, cruel, murderous, jealous, paranoid, egocentric, delusional, and devoid of feelings for others.
Posted by Dude at 6:30 PM No comments: